It was fairly obvious Greta Gerwig was going to go down the ‘Director’ route…. I’ve enjoyed her quirky, indie style movies which she has starred in (Frances Ha / Mistress America)

(Lady bird is semi-autobiographical – Greta grew up in Sacramento, she also went to a Catholic school)

They are the style of film which are not all about the big budget, use of a blue-screen; they are often the more real and raw tales of life…. The characters are not the most successful or glamourous and I guess this is often the appeal. Don’t get me wrong I love a bit of glamour and escapism, who doesn’t?

Mix this cool Oscar Nominated Director with an equally interesting young (again, Oscar nominated) actor, Saoirse Ronan and you most definitely have a ‘hit’.

What’s it about….
It tells the story of 17 year old Christine McPherson who has decided to re-name herself ‘Lady Bird’.. she is a student at a Catholic school in Sacramento, California. The story is about her last year at school before she goes to college; she dreams about getting away and moving to New York where the ‘writers’ are…. She & her mum have a difficult relationship – lots of heated arguments and dramatic exchanges; however you know deep down there is a genuine love there… 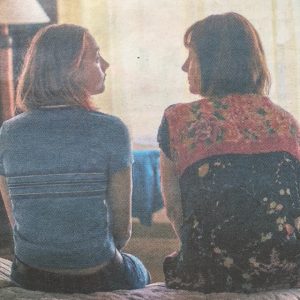 Lady Bird struggles with living on the ‘wrong side of the tracks’ – she wants to be accepted and be part of the cool, rich kids club.
All of the usual teenage angst is covered really well in the movie – first love, friendships, The Prom’! Greta Gerwig definitely has a ‘style’; charming, funny and ‘real’.

I was also pleasantly surprised by the mixed audience watching the movie; groups of older women, couples, younger girls with their mum’s…..

If you’ve not got your weekend planned out and fancy a little bit of ‘movie entertainment’ then head along to the cinema, get comfy and enjoy getting to know ‘Lady Bird’. 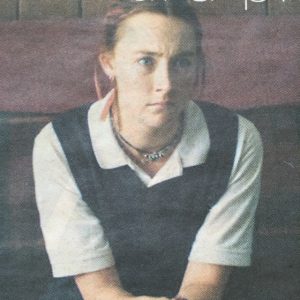 Congrats Greta; let’s hope you have some more stories to share.